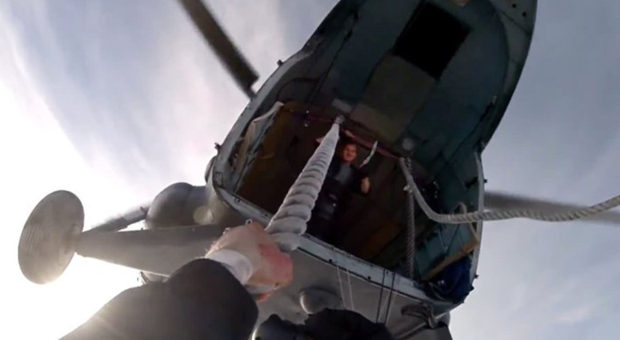 Directed by newcomer Ilya Naishuller and shot with GoPros, the movie foreshadows what cinema rapidly becomes: a ride. Forget about the story: it’s all about sensations – like in Disneyland. Hardcore Henry pushes the limits way farther than Gravity or Revenant with a short budgeted video-gaming style flick and a story as thin as a slice of toilet paper and funny cliched characters. But who cares? The director delivers a graphic universe with tons of pop cultural influences as if Tex Avery met Jason Bourne somewhere in the suburbs of Moscow.